I just completed a trial in DeKalb County (Sycamore, Illinois), where my client was stopped by an Illinois State Police Trooper at 1:47a.m. for driving 87mph in a 65mph zone and driving with one headlight.

The Illinois State Police trooper testified that my client had a very strong smell of alcohol, 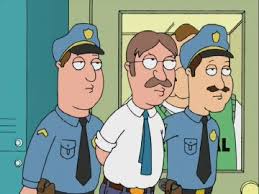 very red and blood shot eyes and was fumbling with items in his glove box as he was searching for his driver’s license. The state trooper also testified that my client used the car door for support when he exited the vehicle, was unsteady, wobbling and needed support once out of the vehicle.

The way I handled this case and won was I concentrated on differences between the state troopers testimony at trial and his testimony at the hearing on the statutory summary suspension. At the statutory summary suspension hearing, the trooper said that my client had no problems standing outside of the car, he did not say that my client had to use the car door for support and never mentioned wobbling. However, at trial he mentioned all of these problems.

I was not aware of the rude statements my client made until they were introduced as evidence at trial. This is because the police reports from the state’s attorney’s office were missing the page where the the statements were listed. As the trooper started testifying about the comments, I did not know where these statements were coming from because they were not listed in the police reports. The state’s attorney was giving the trooper his report to refresh his recollection and I objected and asked to see what the trooper was looking at. This is when I saw that my packet of discovery was missing a page.

The Judge allowed me time to review the page that I was missing but refused to dismiss the case based upon a discovery violation. When I read the page, I was suprised that the Client never mentioned his comments to me nor that he acted so poorly.

My client admitted to the Judge that he was very upset at being taken to jail and acted badly to the Illinois State Police trooper.

Violation of your court sentence: what happens when you pick up a New Case when your on Probation, Conditional Discharge or Supervision
March 2, 2022
Speeding in Kankakee County, Illinois
August 24, 2021
What is a Drug and Alcohol Evaluation
February 10, 2021
DUI IN THE AGE OF CORONAVIRUS
January 4, 2021
What to do the morning after you received a DUI. Three things you need to do.
August 17, 2019
What is the difference between a suspended Illinois driver’s license and a revoked Illinois driver’s license.
July 30, 2019

Violation of your court sentence: what happens when you pick up a New Case when your on Probation, Conditional Discharge or Supervision
March 2, 2022
Speeding in Kankakee County, Illinois
August 24, 2021
What is a Drug and Alcohol Evaluation
February 10, 2021
DUI IN THE AGE OF CORONAVIRUS
January 4, 2021
READ THE BLOG